The Service Areas functionality of the software, just like all other location-based features of the platform, is powered by Google Maps.

Google Maps treats Australian "suburbs" the same way it treats "cities" throughout the rest of the world.  Australian "cities" (Brisbane for example), are treated as both a suburb and what they call a "Colloquial Area" (IE an unofficial name for a region that contains multiple suburbs).

For example, if I try to add "Brisbane" as a service area, Google Maps treats it as a "city": 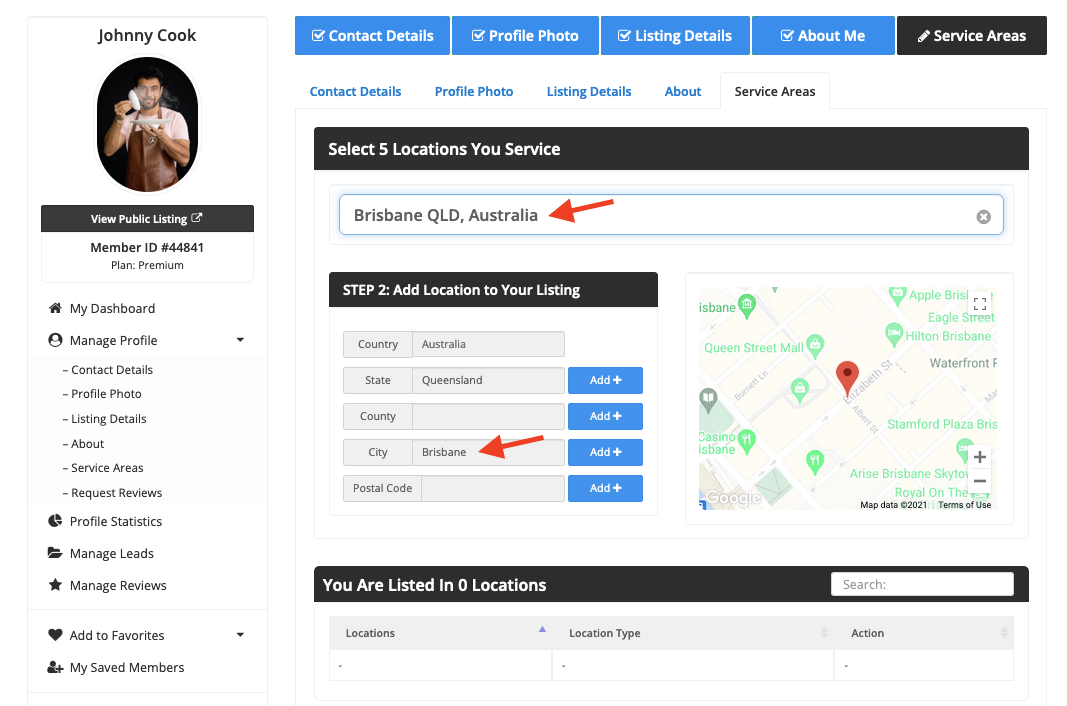 And if searching for "Banskia Beach" (a suburb in Brisbane), it will also treat this as a "city": 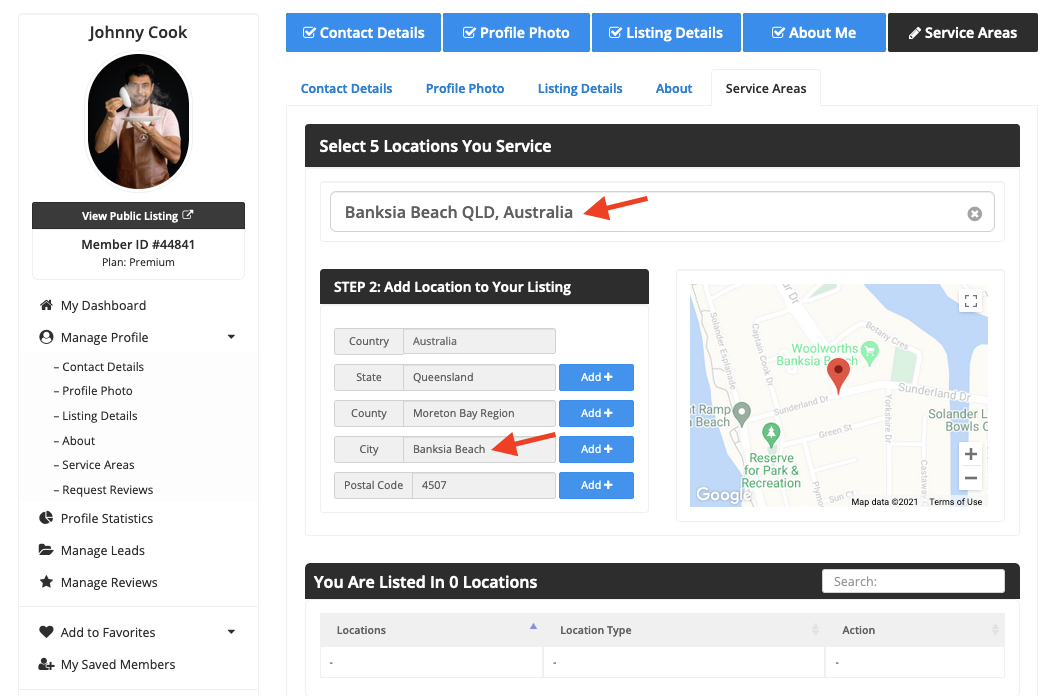 Smaller regions within cities (North Brisbane for example), are not recognized by Google Maps.

If searching for a region like this, it will simply return results for "Brisbane" by default: 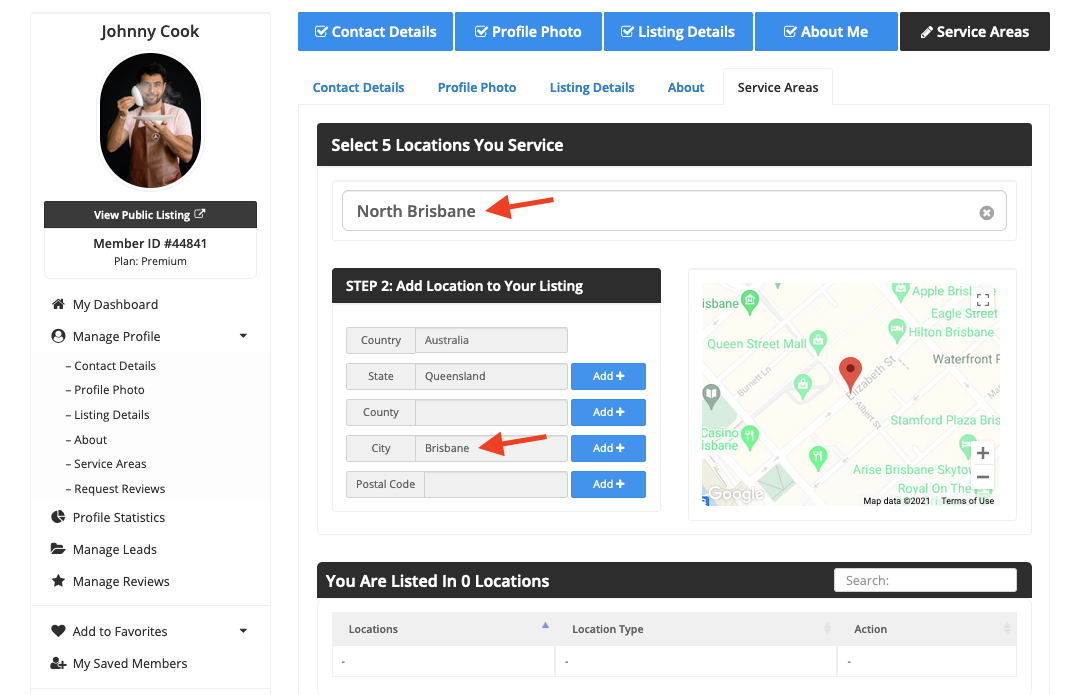 Since Google Maps treats Australian suburbs and cities this way, the recommended way to allow members to add additional Service Areas is to allow them to add "suburbs" (which are referred to as "city" in the Brilliant Directories system as well as Google Maps).

To allow members to add suburbs as service areas, set the "Max. Location Limit" to anything above 0, and select "City" as an option in the "Location Types" option in the Membership Plan Settings: